[This text has been translated electronically] Veronika Eberle made her debut with the Munich Symphony Orchestra at the age of ten and attracted international attention at the age of 16 when she played Beethoven's Violin Concerto at the Salzburg Festival under Simon Rattle and the Berlin Philharmonic. On her worldwide concert tours she has worked with Kent Nagano, Andris Nelsons and Paavo Järvi, among others. She also maintains contacts on a chamber music level with Lars Vogt, Sol Gabetta and Edicson Ruiz. Eberle performs on a Dragonetti Stradivarius from 1700, on loan from the Nippon Music Foundation, on which Frank Peter Zimmermann previously played. 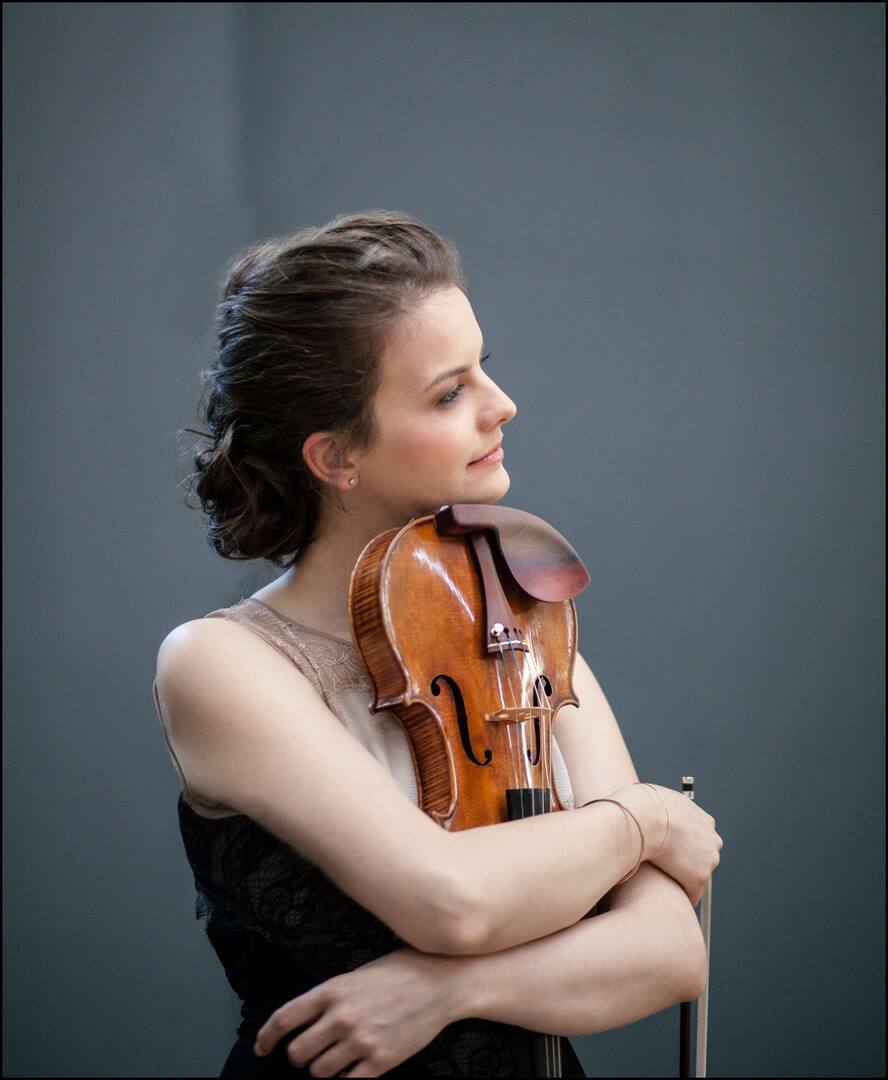