Swiss baritone Äneas Humm made his debut at the Stadttheater Bremerhaven at the age of 18. In 2019, he completed his vocal studies at the renowned Juilliard School in New York. Previously, studies had led him to the Hochschule für Künste Bremen. He is a welcome guest of outstanding European orchestras such as the Bremen Philharmonic and the Deutsche Kammerphilharmonie. As an opera singer, he has appeared in the roles of Papageno in »The Magic Flute« and Malatesta in »Don Pasquale« and in June of this year made his role and house debut as the 2nd Handwerksbursch in Berg's »Wozzeck« at the Gran Teatre del Liceu in Barcelona. From the 2022/23 season, he will be an ensemble member at the Theater in St. Gallen. Äneas Humm also enjoys great success as a Lied interpreter, most recently at the Beethoven House in Bonn. His current album »Embrace« (Rondeau) was named Album of the Year 2021 by BR Klassik. 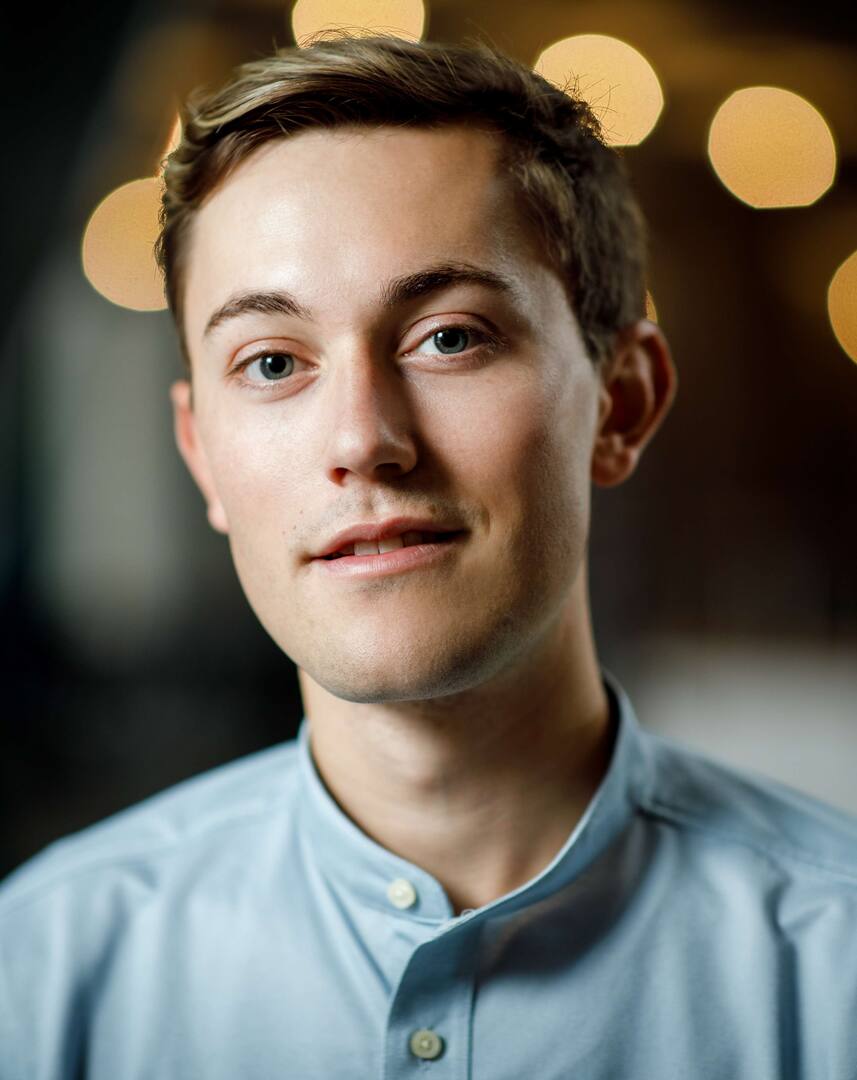